San Jose-based startup Fetch Robotics announced today that it’s raised $25 million in Series B funding. This round, which was led by Sway Ventures, brings the company’s total funding to $48 million. Shasta Ventures, Softbank, and O’Reilly AlphaTech Ventures also participated in the round.

Fetch’s robots are focused on supply chain applications, with different robots capable of performing different tasks in a factory or warehouse, such as moving boxes from one part of the building to the other to the other. Other robots are capable of automatic data collection. Regardless of the hardware, the software is the same – Fetch’s own cloud-based system, which has a variety of applications that the robots can use. The software also produces data that customers can act on.

The system also allows the robots to collaborate with people working in the warehouse. The robots are equipped with a touchscreen that customer’s employees can use to easily input commands for the robots to follow. Workers also provide the initial training for the robots – they can walk one robot through a warehouse and establish zones where the robot knows where to go and where not to go. Because the software is cloud-based, once one robot has been trained, all the other robots in the warehouse are, too. This enables them to move around without additional input from the worker. 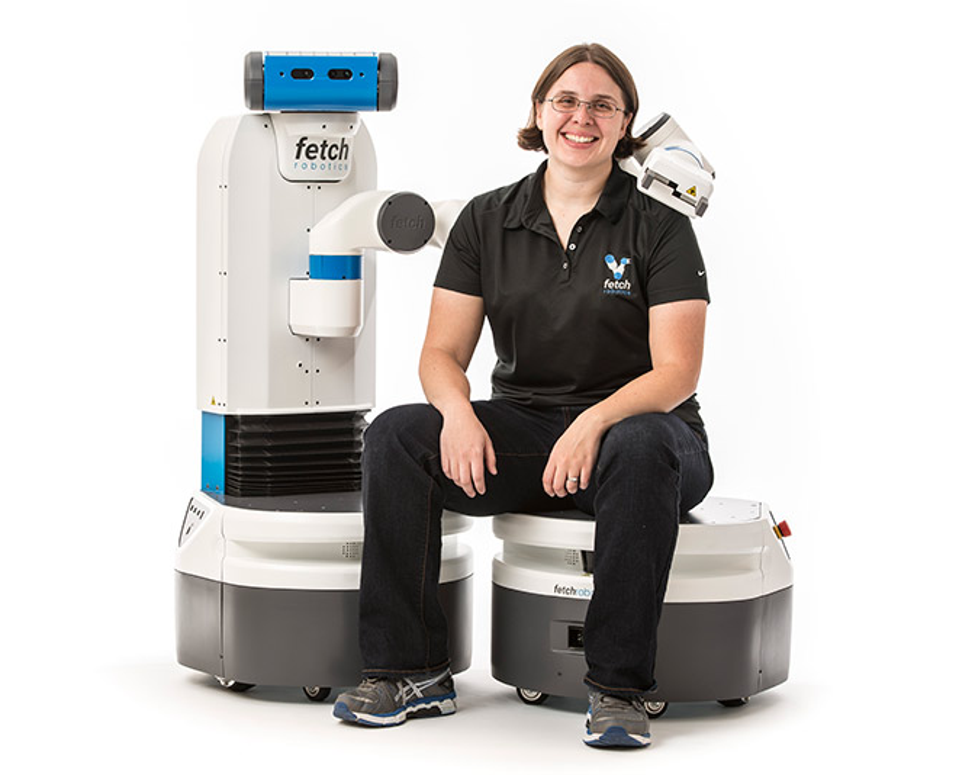 The ability for robots to collaborate with people in warehouses is important because as there’s more demand for products from e-commerce sites, the demand for shipping from warehouses is exceeding the ability of companies to find workers. And when it comes to busy times like the holidays, robots can provide a strong solution for warehouses and shipping centers that struggle to keep up with the high sales of the season.

“We are seeing first-hand that the growth in e-commerce and an expanding on-demand economy are contributing to unprecedented labor challenges faced by the $5 trillion global logistics industry,” Fetch Robotics CEO Melonee Wise said in a statement. “With labor in short supply, our customers are still able to quickly realize significant, measurable productivity increases by deploying our Autonomous Mobile Robots.”

“Find that thing you are super passionate about.”